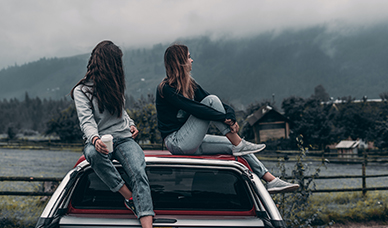 what is nature? it's everything that exists in the world independently of people, such as pants and animals, earth and rocks, and the weather.

now more and more people are focusing on the nature. it is no doubt that the nature is important to every human being. no nature, no life. because of the supplies of the nature, we have lived happily for a long time. and we started to gain every thing available from the nature. and this lasted so long a time. today, people have discovered that the nature around is getting worse and worse.

the rapid rise in world population is not creating problems only for the developing countries. the whole world faces the problem that raw materials are being used up at an increasing rate and food production can not keep up with the population increase. people in rich countries make the heaviest demands on the world's resources, its food, fuel and land, and cause the most pollution. a baby born in the united states will use in his lifetime 30 times more of the world's resources than a baby born in india. unless all the countries of the world take united action to deal with the population explosion there will be more and more people fighting for a share of less and less land, food and fuel, and the future will bring poverty, misery and war to us all.

for most of the developing countries, it is a good idea to control the population growth. for example, china has carried out birth control for years. and this plan has a great effect on the world population.

if the population continues to increase, if the air and water continue to be polluted, if we don't do something to protect wild-plant and wildlife species will be declining. species and biological communities have difficulty adapting to change. economic opportunities and the quality of life of future generations are also put at risk. by protecting nature, we protect ourselves.

let's unite together, hand in hand we stand all across the land.

we can make this world in which to live. hand in hand. control the population growth. take good care of our nature.

the world we live in is becoming more and more intolerable because of environmental destruction. for example , forest destruction results in decrease of planting land and unpleasant weather. in addition, man is faced with problems of water pollution and air pollution.

a lot of measures have been taken. planting trees helps improve and beautify the environment. besides, laws concerning environmental protection have been put into effect and achieved good results.

however, the problem of environmental protection remains far from being solved. on the one hand, the environment pollution and destruction are getting worse and worse in the modern world. on the other hand, the lack of knowledge about the importance of protecting environment hinders the solving of the problem. in a word, there is a long way to go before we enjoy a clean and comfortable world.

the world we live in is becoming more and more intolerable because of environmental destruction. for example , forest destruction results in decrease of planting land and unpleasant weather. in addition, man is faced with problems of water pollution and air pollution.

a lot of measures have been taken. planting trees helps improve and beautify the environment. besides, laws concerning environmental protection have been put into effect and achieved good results.

however, the problem of environmental protection remains far from being solved. on the one hand, the environment pollution and destruction are getting worse and worse in the modern world. on the other hand, the lack of knowledge about the importance of protecting environment hinders the solving of the problem. in a word, there is a long way to go before we enjoy a clean and comfortable world.

everyone!now i want to talk about a beautiful world!

when i was young,i always dreamed that i lived in a beautiful country. there were many flowers and trees around our city.we could hear the birds singing and see the children dancing. the streets were clear and the the air was very fresh! how nice it was! as is known to all , we have a beautiful world .we can see the sun shining. we can see the moon in a full view. we can see the birds flying in the sky. we can see the horses running on the plain. but that only was a dream of mine! the world is not as beautiul as before, for human beings have brought a disaster to the world.how i wish that it would be come true! so i think we should do something to protect our environment.

however, there are still many problems of environmental protection in recent years. one of the most serious problems is the serious pollution of air, water and soil. the polluted air does great harm to people’s health. the polluted water causes diseases and death. what is more, vegetation had been greatly reduced with the rapid growth of modern cities.on the one hand, the environment pollution and destruction are getting worse and worse in the modern world. on the other hand, the lack of knowledge about the importance of protecting environment hinders the solving of the problem. in a word, there is a long way to go before we enjoy a clean and comfortable world.

in my opinion, to protect environment, the government must take even more concrete measures. first, it should let people fully realize the importance of environmental protection through education. second, much more efforts should be made to put the population planning policy into practice, because more people means more pollution. finally, those who destroy the environment intentionally should be severely punished. we should let them know that destroying environment means destroying mankind themselves.

of course ,not only government but also everyone should make a contribution to protect the environment.have you ever thrown any litter onto the groundhave you ever drawn pictures on public wallshave you ever cut down treesif your answers are "no",it means that you have already helped protect our environment. protecting our environment is everyone's business.

i feel so happy to have the chance to make a speech. the title of my speech is protect the environment, protect ourselves. i hope you will like it.

everybody knows waste paper and used coke cans are discarded everywhere. you might have seen plastic bags flying in the sky and getting caught in the trees when the wind blows or maybe you have seen old cans floating in the rivers and polluting the water. our environment is the place in which we live, but it is being ruined by us.

there is a story about house and trees. it is said that a man’s house was surrounded by a lot of trees. though the wind was strong, that man could have a good rest under the trees. how comfortable the life was! one day, that man wanted to enlarge his house, so he cut down all the trees. then the autumn came without the protection. the strong wind blew the roof of the house into the sky. the whole house was gone with the wind. what a pity! but that’s the price people have to pay for destroying in the ecology balance. people shouldn’t be short-sighted. protecting the environment is everyone’s task.

as you know, there are four kinds of pollution. they are air pollution, water pollution, waste pollution and noise pollution. but what can we do to solve the pollution? i think, firstly, we can make cars that don’t pollute the environment. we can ask companies to use modern clean technology. in some big cities, we can limit the number of cars. secondly, we can try to use less water and make sure that we do not pollute the water. we can tell factories that they are not allowed to pour waste water into the lakes and rivers. thirdly, we should not throw rubbish in parks and cities. we can pick up rubbish if we see it. we can put more rubbish bins in our parks and cities. fourthly, we can live far from the noise and make the laws to limit the noise.

the air, water and the whole atmosphere directly influenced our lives, such as the air, people may cough and it will lead to cancer. so we must try our best to keep the world clean and tidy. to reach it, i want to put forward three points to everybody---point 1： don’t spit and liter; point 2： don’t draw on the wall; point 3： clean the streets every day.

demand for graduates in the uk with skills related to sustainability is booming. academia is waking up to the need to train specialists in green architecture, chemistry and engineering.

dean millar founded the world’s first ever bsc course in renewable energy at exeter university after working as an industry consultant.

he said： “a lot of companies were complaining that there was a lack of bright young people suitably trained to work in the renewables business.”

now his course has around 90 students learning the ins and outs of biomass, tidal, solar and offshore wind power.

their career prospects are incredibly bright. employment opportunities are not just limited to the energy sector, but segue into the regulatory and, increasingly, investment sectors as well.

“the big boys are moving in. the returns to be had are significant, especially in terms of wind development,” said millar. “financial firms need expertise across the board so they can make sensible investment decisions.”

students on york university’s master’s course in green chemistry are ideally placed to take advantage of the growing demand in industry for graduates with waste minimization skills.

professor james clark is founder of york’s green chemistry centre for excellence and the world’s leading green chemistry journal, green chemistry. he said： “we are now talking to producers of automobiles, electronics, furniture and pharmaceuticals, people who need to use chemistry but don’t think of themselves as chemists.”

as waste production legislation becomes increasingly strict, the traditional emphasis on making as much of a chemical as possible is shifting towards minimizing the waste that process creates. “a lot of chemicals are made from petroleum, but we are developing sustainable ways to make carbon, typically from biomass such as dead plants and trees,” said professor clark.

all of last year’s graduates quickly found employment, some receiving multiple job offers in a variety of different fields.

li li, a 26-year-old chinese postgraduate student, graduated from york in 2006. she said：

“i hadn’t heard about green chemistry in china. it was a new area and i was curious. now the government back home needs people who know about these principles.”

deep in the heart of wales, 400 students at the centre for alternative technology’s (cat) graduate school of the environment are busy designing and building everything from high insulation wood housing to wind power turbines. with energy costs rising, building firms are increasingly looking to minimize the energy wasted heating and lighting homes, a service cat students are well-equipped to provide.

a new institute is being built to meet the burgeoning demand for places and a distance learning facility will be launched next september so foreign students can complete cat courses from home.

the expertise being taught on these courses is essential to a continually expanding range of companies and government authorities. yet there is a larger goal at stake; the students are at the forefront of the battle against climate change. in the words of dean millar, “if we’re going to save the planet, we need to start turning these people out in big numbers.”